Unfortunately, this weekend Micah and Jonah were sick, so I can basically sum up the entire weekend in pictures like this… 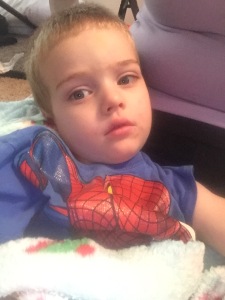 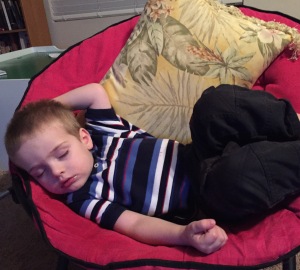 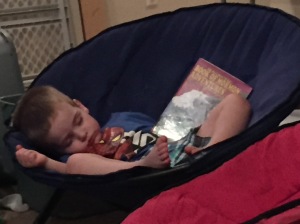 They had hand, foot, and mouth disease, which is basically the kids version of the worst sore throat ever accompanied by a rash. They get open sores in their throats that look incredibly painful and the boys were both running a fever too so it was a rough few days. 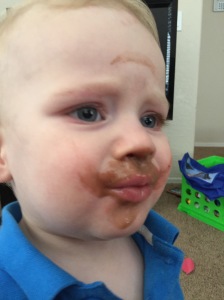 They didn’t do much in the way of solid food, but I was able to make them some meal replacement shakes that went over really well. (Jonah drinks chocolate with his whole face :P) We still managed to have some fun though! The pediatrician recommended a combination of Maalox and Benadryl to numb the boys throats, and we threw on a movie and got them some frozen pizza as a treat since they were feeling so crummy. 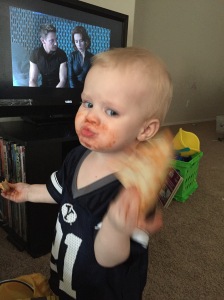 Of course, Kinsey paid zero attention to the movie and cartwheeled her way around the loft a couple hundred times instead. At least I never have to worry about trying to make her more active, because lately she can’t sit still for more than two seconds. 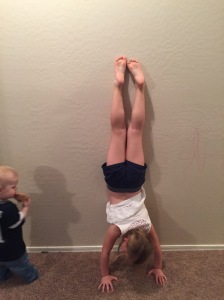 Jonah waited until bedtime and then tried to imitate her 😛 So cute! 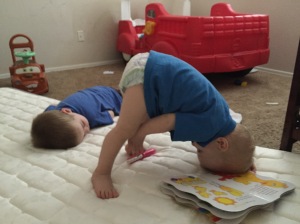 On Saturday morning I made paleo pancakes and eggs for everyone (plus some avocado for me), and the kids actually loved them! 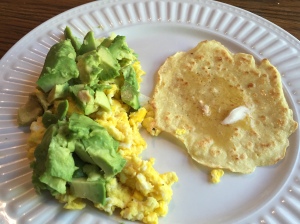 It’s still a fight getting Micah to eat anything healthy, but little by little I’m chipping away at his favorite unhealthy foods and while he’s still fighting, it’s not nearly as much. We haven’t had nuggets in the house in two weeks, and this is the first pizza they’ve had in that time too. He refuses all veggies, but he doesn’t get seconds on pasta (his go-to request for dinner) unless he eats them anymore. 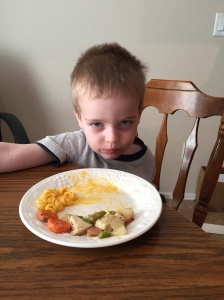 The “you can’t trick me into eating veggies” death stare

It hasn’t made a difference yet, but the doctor says if I stick to my guns eventually he’ll stop going to bed hungry and start eating his veggies (or meat, or fruit, or potatoes…if it’s not a processed meat he currently won’t touch it). I’m just trying not to make a huge deal out of it so he doesn’t fight as hard. 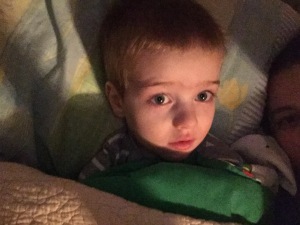 Mother’s Day consisted of finals and lots of cuddles, especially since Micah climbed into my bed around 5 am. It took all day, but school is DONE!! I can’t even begin to describe how amazing it feels to know I don’t have any homework this week. I cleaned a bit in the kitchen and the loft today, made a dent in clean laundry mountain (which has completely filled up a pack n play — embarrassing…), took the boys for a walk before it got hot, had a good workout, and even took a shower! It’s a little sad how exciting that is, but that’s life when you have two toddlers. 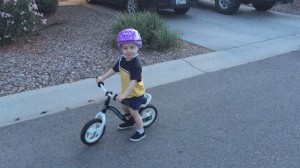 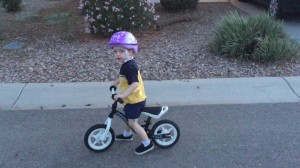 My plans for the week basically including working on the yard before sunrise (its supposed to be 90 degrees this week, but seriously the weeds are 3 feet tall and they’ve killed all our grass) and tearing apart the house and reorganizing/cleaning during the day, working out during nap time, a daily walk with the boys, and maybe some extra writing. I’ve been burnt out for a while now, but I really feel good today. It’s relaxing and freeing to know that my responsibilities have basically been cut in half, and I feel like I’ll actually be able to keep up with them for a change. By the weekend, this house should be as spotless as possible with kids still living here! Another week or two and I’ll be able to put one of those cheap kiddie pools on our back porch and the kids can play in the backyard for the first time ever! Then I just have to keep up with the weeds and the dog poo, but it’ll be so worth it 🙂

Do you have any plans for summer break? Any projects you’re hoping to complete?