I’m sorry that I’ve been a little bit absent this week. ASU started up again last Thursday and I’ve been trying to get back in the swing of managing homework in addition to work and the kids. Now that Jonah is mobile it’s a bit more difficult, so my days are planned down to the minute to squeeze in as much study time as possible. Of course once the kids are awake the plans usually have to be adapted or even tossed, but having the plan has still helped me get more done (probably because it pushes me not to procrastinate!).

This week has really been a crazy whirlwind, so I’m really grateful that I decided to plan our meals around the Crockpot. I’m seriously in love with that thing! I posted some pictures on Instagram, but I’ll run down some of my favorites so far. 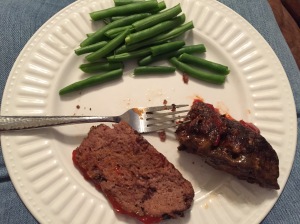 The Crockpot meatloaf was an unparalleled success! Meatloaf is ridiculously easy and super yummy if you have a good recipe, and there are always leftovers. You may have noticed that even though I’ve been posting weekly meal plans, I’ve only been posting them once every 1 1/2 to 2 weeks. That’s because so far every one of the Crockpot meals has produced enough leftovers for at least a small lunch, if not another dinner.  I stick to the same meals but if I have a ton of leftovers I’ll push one meal forward, or eliminate a simple lunch on the menu to use them up. 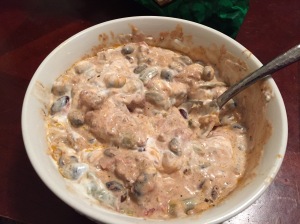 The taco soup is my friend’s recipe. She made it for us when we were at the cabin last month, and it’s easily the simplest recipe I’ve ever seen. Everything comes from a can, and it can be vegetarian or you can add almost any kind of meat. It’s basically canned tomatoes (I used the ones with oregano and basil), black beans, green beans, taco seasoning, ground beef (or whatever meat you like), and cream cheese. I added a little bit of sour cream too and it was super yummy. You can easily customize this too — I’m going to add corn the next time I make it, and you can try lots of different kinds of veggie/bean/meat combinations. 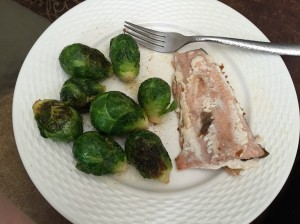 Lunches have been pretty simple, but I did have time over the weekend to make salmon and roasted Brussels sprouts. Easy and super yummy! 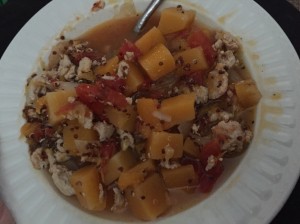 I actually misread the recipe for the butternut squash stew–it was part of a list of Crockpot recipes but it doesn’t actually use the Crockpot. If I made this again I’d probably find a way to use the Crockpot anyway though, because it wasn’t as flavorful as I expected, but the leftovers were really good. That extra time in the fridge made a huge difference, so I would try to add some time in the Crockpot to allow the flavors to develop. 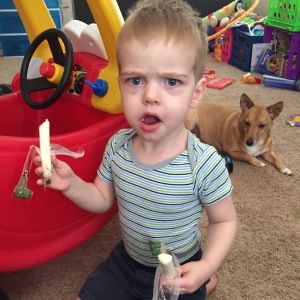 Micah refused to try any of these recipes, which makes me a little bit sad. He used to eat absolutely anything, but he’s gotten increasingly picky since he turned 1. Some days he won’t even eat chicken nuggets! I’m trying not to stress it too much, but he’s always been super skinny for his age group so I really try to make sure he eats well. Since he won’t eat his fruits or veggies (or sometimes meat), I’ve been trying to juice a couple of times per week again, and he seems to love it no matter what I put in. He has his 2 year well visit in a few weeks, so I’ll see what his pediatrician thinks about vitamins at his age. Everyone says to keep offering him healthy food, so my dogs have been eating really well — he thinks throwing food at them is the height of comedy. 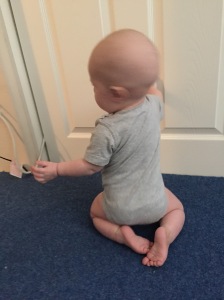 Jonah is crawling much faster now and pulling himself up on things, so I’ve had to pull him into our martial arts room while I workout. He has no patience for being locked in our pack n play while I get to move around, and it’s been hard to coordinate his naps with Micah’s lately. He’s a little equipment thief, but he’s so cute that I can’t be mad at him! 😛

That pretty much catches you up to today! I’ll talk about my workouts in another post this week, but I’m having a lot of fun with them. I’m excited to share!

Was this week back to school for you? How did your daily schedule change as a result?

Have you tried working off of a meal plan, and if so what did you like/not like about it?