This week has really flown by! It’s a pleasant surprise because in my experience the week back to work after vacation is usually the longest. week. EVER. Kinsey started school this week so we had to get back into the work/school groove really quickly, and it’s been a good week.

I seriously don’t know how she’s old enough to be starting school though…craziness!

As we head into the weekend, I thought I would give you some of my favorites from this week. I would love to hear about some of the things that made your week great too!

I go through phases with dressing. The last part of my pregnancy it was all about poppy seed dressing and cottage cheese on spinach and onions, but since it’s gotten hot out I’ve been craving something a lot lighter. This dressing works really well with the fruity salads I’ve been making, but it can also work for a regular green salad. I think I’ve gone through 3 bottles already this month!

Having only been around about a year I’m a relative newbie to the blogging world, and this post pointed out something I’ve been doing wrong almost that entire time. There have been a few times when I had something I really wanted to write about, but decided not to because of the potential fallout from people who disagree. I don’t mind a friendly debate or spirited discussion, but seems like everyone’s opinions are louder, harsher, and less forgiving on the internet, and there are some days that I just don’t feel like dealing with comments from people who choose to be juvenile or cruel. The problem is, what’s the point of writing at all if I have to avoid discussing most of the things I feel strongly about? This post made me realize that if I want to be true to myself I have to stop avoiding the pieces of myself that might be perceived as controversial. This blog is still focused on diet,fitness, and family life, but that shouldn’t mean that I have to completely avoid my political leanings (conservative) or my religious beliefs (I’m a member of the Church of Jesus Christ of Latter-Day Saints). I know the people who really matter will be able to respect my beliefs, even if they disagree with them.  🙂 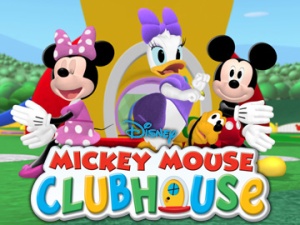 This show is like toddler crack! If Micah wakes up while I’m still working, I can sit him on the couch with breakfast and this show and he’s great for more than an hour! That may not sound super impressive but an hour is about a week in toddler time. I don’t normally love letting the kids watch a lot of TV, but they teach him shapes, colors, numbers, and good manners so I try not to let myself stress about it. It’ll give him a head start on preschool!

Homeschooling is one of those topics that people seem to either love or hate, but I am a huge fan. I plan on homeschooling my two boys (I would love to homeschool Kinsey, but it’s not my decision), and now that Micah is a year away from average preschool age I’ve started to get a little bit nervous about it. It’s a huge responsibility to make sure my children are educated and ready to go to college, have a rewarding career, and even spend time as missionaries if they choose. There are days that I want to spend a ton of money we don’t have on a curriculum, but to me that defeats the point of homeschooling. I should be creating a curriculum that’s tailored to my children based on their needs and interests, not using the same cookie-cutter program that schools do. I’ve started googling free homeschooling printables (or searching them on Pinterest), and it’s amazing what’s out there for free if you’re willing to look for it! Worksheets, planners, sample curricula, teaching guides….if you know where to look the sky is the limit!

Just to be clear, I don’t have any issues with teachers or public schools. There are several people in my family that are public school teachers, and I think my kids would be lucky to learn from them. In general, teachers care a great deal about their students, work hard to make learning fun, and spent tons of their own money on additional supplies the school district can’t or won’t pay for. The problem is that these schools are underfunded (or more accurately, the funding is often directed into wallets instead of the classroom), and teachers are being limited in their ability to do what is best for their students. The increase in standardized testing has taken the focus off of critical thinking, the arts (including music), gym class/recess, and anything else that isn’t quantifiable because the schools wind up losing even more funding if they don’t teach to the test. I want to homeschool my kids because I don’t have to worry about state funding or standardized testing. Instead I can focus on creating an environment where they love to learn that is tailored to their learning styles. Even the best teachers can’t do that for every child in a class of 30+ kids, it’s just impossible.

What are you up to this weekend?

What were some of your favorite things about this week?